PM: After getting refreshed, gather at the lobby of the hotel where you will be escorted to the waiting bus to proceed for sightseeing of Kathmandu City and Swoyambhunath Stupa

Overnight at The hotel in Kathmandu 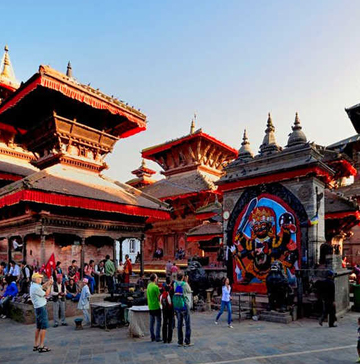 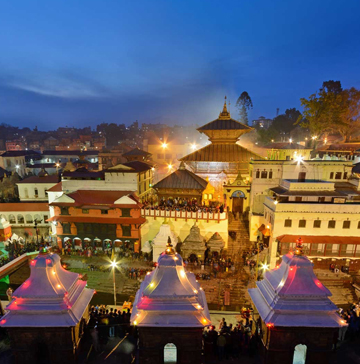 OPTIONALTRIP:
Early Morning, trasfer to the domestic airport to commence on an OPTINAL TRIP of mountain flight which is also known as Everest flight which starts from Kathmandu airport and the flight will lasts for about 50 minutes. During the flight, one will have a splendid views of the Eastern range of the mountains including the tallest mountain in the world known as Mt. Everest. After completion of the flight, the flight will land back to the Kathmandu airport from where you will be received and tranferred to the hotel.

After having breakfast proceed for sightseeing of Pashupatinath Temple and Boudhanath Stupa:

Pashupatinath Temple: One of the most sacred Hindu shrines in the world, Pashupatinath lies in the bank of river Bagmati. The two-storied pagoda houses a sacred lingum, or the phallic symbol of Lord Shiva. Although the temple dates back to the 4th century, it was brought into its present shape in the early 18th century. The Temple is most noted for its gold-plated roofs and silver-coated doors. Sadhus and Sages, who follow the lifestyle of Lord Shiva, are seen covered with ashes and loincloths. The banks of the river Bagmati, is also considered one of the most holiest places in which to get cremated and cremations can be witnessed here. All tourists are requested that respect is shown for the grieving.

Boudhnath Stupa: Also known as Khasti Chaitya, Boudhanath Stupa is one of the world's largest stupas. The unique aspect of this great Buddhist monument is that it is set in the octagonal Mandala design. Hundreds of prayer wheels and the 108 images of the Buddha set into the niches around this huge structure make it even more mesmerizing. It is believed to have been constructed in the fifth century and is said to entomb the remains of Kasyap Rishi, a sage respected by both Buddhists and Hindus. Another notable aspect of the area is the presence of about four dozen monasteries around it. It lies some eight km to the east of the city center.

Bhaktapur City: also known as Bhadgaon or Khwopa is an ancient Newar town in the east corner of the Kathmandu Valley, Nepal. It is located in Bhaktapur District of the Bagmati Zone and situated about 14 Kms to the east of Kathmandu. It is the third largest city in Kathmandu valley and was once the capital of Nepal during the great Malla Kingdom until the second half of the 15th century. Bhaktapur is listed as a World Heritage by UNESCO for its rich culture, temples, and wood, metal and stone artwork. It is the home of traditional art and architecture, historical monuments and craft works, magnificent windows, pottery and weaving industries, excellent temples, rich local customs, culture, religion, festivals, musical mystic and so on. Bhaktapur is still untouched as well as a very well preserved ancient city, which in fact, is itself a world to explore for tourists.

Afterwards, drive further to Nagarkot, a brethtaking hillstation in Kathmandu valley. It has a reputation as the top spot for enjoying Himalayan views from the comfort of your hotel balcony. Just 32km from Kathmandu, affording one of the broadest possible views of the Himalaya, with eight ranges visible (Annapurna, Manaslu, Ganesh Himal, Langtang, Jugal, Rolwaling, Everest and Numbur).

Overnight at The hotel in Nagarkot.

After having an early breakfast gather at the lobby of the hotel where you will be met by guide and the guide will escort you to Pokhara via land. On the way stop by Thankot, a place where a cable car leads you to the Sacred temple of Lord Bhaleswor, situated atop of the Chandragiri Hills. The ride takes about 9 minutes to reach the temple site. Savoure the splendid views from the temple site one can get on a clear day. Later, back to Thankot and start driving towards Pokhara.One will enjoy the scenic beauty driving through the mountainous highway. After arrival in Pokhara, check-in at the hotel and remaining time will be at leisure to browse around on own.

Pokharais one of the most popular tourist destinations in Nepal and is a city of about 450,000 inhabitants. It is also known as the Tourist capital of Nepal, noted for its tranquil atmosphere and the beauty of the surrounding countryside. Two out of ten highest mountains in the world namely Dhaulagiri and Annapurna can be viewed very closely from Pokhara. It is also a base for trekkers undertaking the Annapurna Circuit trek.Pokhara is considered as the only place in the world where from a height of 853 meters above sea level to the height of 6000 M can be reached within an aerial distance of 40 kms. 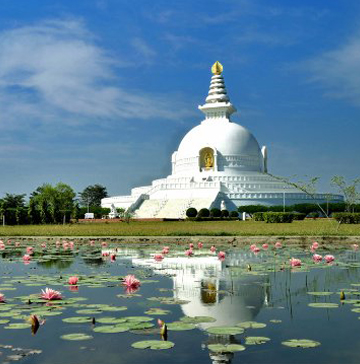 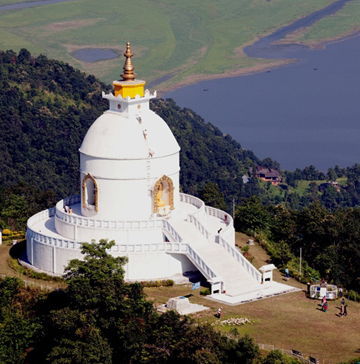 After savoring the splendid sunrise view, return to the hotel to have breakfast, Later, you may choose to take either Paragliding OR Ultra-light flight on OPTIONAL BASIS.Later, proceed towards Lake side area where you will encounter with the hustle and bustle of Pokhara and visit to the famous touristic spots such as David’s Fall, Peace Stupa which is situated on a hillock, Gupteshor cave, beside boating at Lake Fewa. In Lakeside, you will find numerous tourist restaurants where you can chose to have your lunch and they offer various cuisine, such as Chinese, Japanese, Continental, Indian.

After having an early breakfast, drive back to Kathmandu. 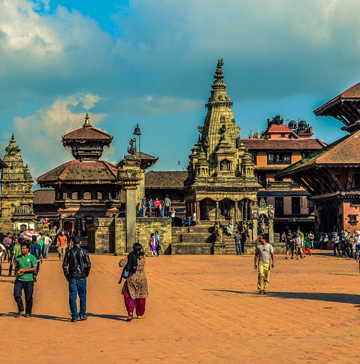 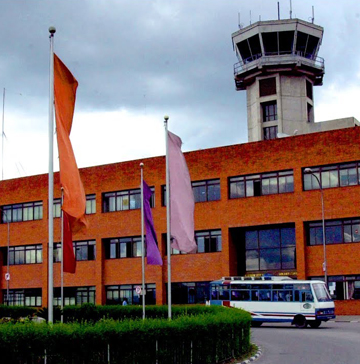 2 night’s twin sharing accommodation at the hotel in Kathmandu on bed & breakfast basis.

1 night twin sharing accommodation at the hotel in Nagarkot on bed & breakfast basis.

2 night twin sharing accommodation at the hotel in Pokhara on bed & breakfast basis.

Both way cable car ride to the Chandragiri hill visit.

All the land transfers and Sightseeing tours as specified in the above itinerary with private vehicle and accompanied by English speaking local guide.

Entrance fees to the monuments during the sightseeing tours, as per the stated itinerary.