Although the popularity of Nepal is confined within its central region, where lies the majestic range of mesmerizing Himalayas, Nepal homes the array of beautiful places, which are barely walked or explored.

With the domination of trekking and mountaineering, the most desired destination is in the foothills of Himalayas. Well, we cannot blame the crowd, can we? So far, despite the rich biodiversity settled in the staggering geography, diverse and distinctive traditions inspired of cultural practices and religion and the ancient monuments boasting defined art and architecture history of Nepal, only the mountains have been the prime highlight.

Nepal has so much to offer; its natural beauty is almost unparallel to any country of its size. And, amid these underrated destinations comes Khatpad as well. Located in the far-western region of Nepal, Khaptad showcases the divine beauty of nature.

Behind the established of Khaptad National Park, there is a rather interesting story; the park was started on the advice of regions' holy man Khaptad Baba.

In recent time, Khaptad Trek has also become quite popular amongst the visitors of Khaptad National Park. As the trek demands no skill, techniques, experience or whatsoever and is within the lower elevation, the trek is family-friendly, perfect for beginners and nature-admirers.

With the recorded number of 567 species of flora, Khaptad National Park feels like the luxury of lush vegetation. The landscape is verdant and picturesque; moorland, steep slopes, and streams are the landscape in the park. Rhododendron, oak, chir pine, Himalayan fir, and hemlock mostly prevail in the park, while in the riverine areas, oak and alder are mostly found.

On the list of fauna, there are 23 species of mammals and 23 as well in amphibians and reptiles. Musk deer, leopard, Himalayan black bear, and wild dog are some of the wildlife in Khaptad National Park. Also, with around 300 species of bird including the peregrine falcon, impeyan pheasant, and white-rumped vulture, the park equally calls for avid-birdwatchers. 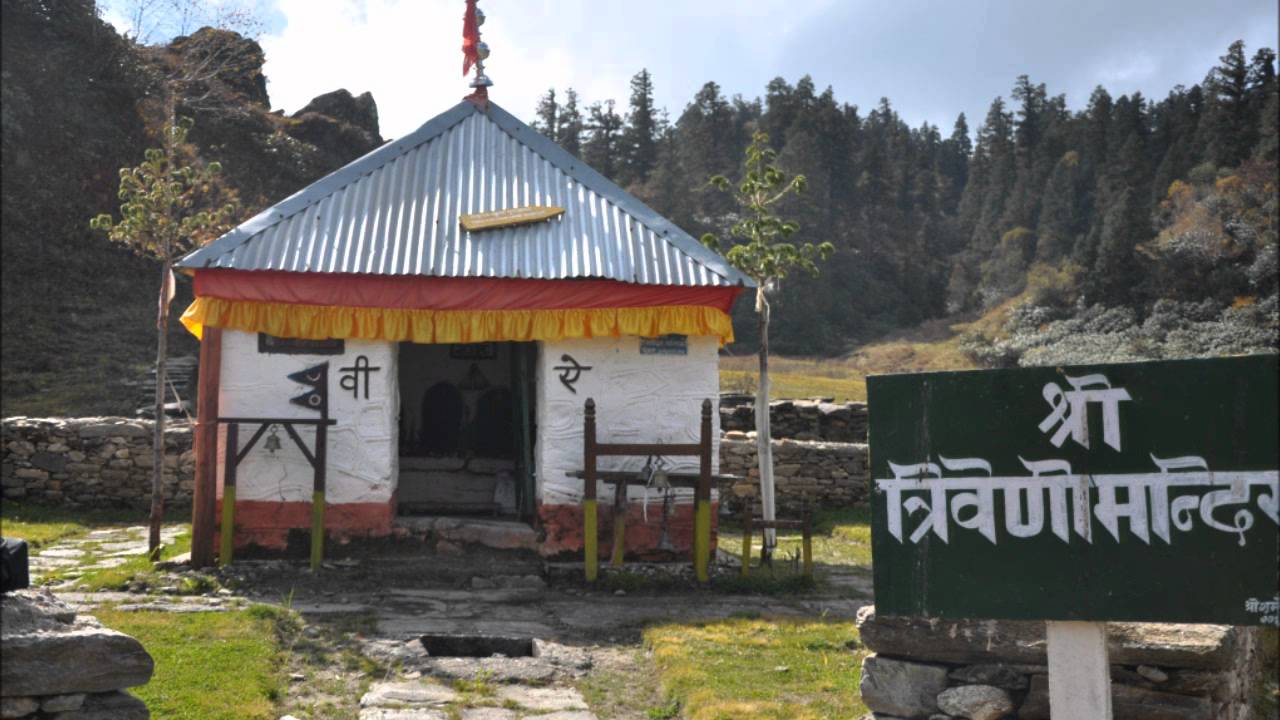 Khaptad Baba, the man behind Khaptad National Park, was a spiritual saint who traveled along the high mountainous region of Nepal and settled in temporarily in various parts of the country. Also, known as Swami Sachchidananda, he is revered as Hindu Saint and is known for his contribution in medicinal herbs, yoga, meditation and science of thought.

Named and dedicated after him, Khaptad Baba Ashram is located at an altitude of 2,923 meters. Apart from being a religious site, the ashram offers stunning natural scenries, establishing itself as one of the major attraction of Khaptad National Park. 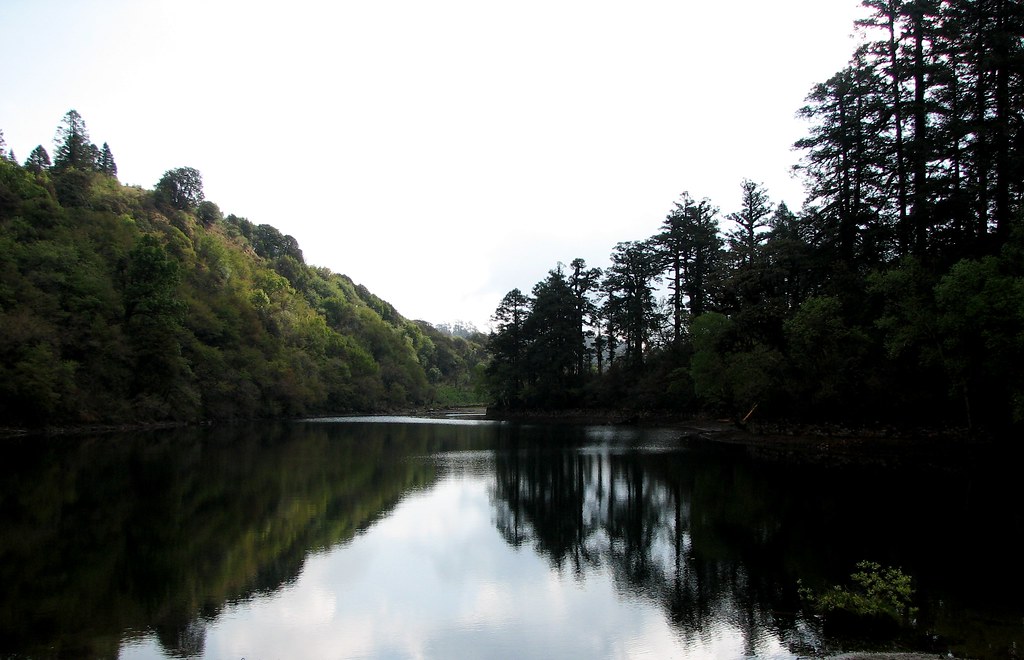 Locally, Khaptad Lake is referred to as Khaptad Daha and is located at 3,050 meters altitude towards in the north-eastern part of the park. The lake is popularly visited by Hindu pilgrims to worship Lord Shiva, mainly on the full moon of July-August.

Now, the beautiful lake of Surma Sarovar lies little far from the periphery of Khaptad National Park. The lake lies in the Bajhang district at 4,307 meters and takes three-days trek from the park itself.

Surma Devi is believed to be the incarnation of Goddess Kali and a shrine dedicated to the goddess is near the lake. The lake is also the excellent viewing point for Mount Kailash of Tibet. 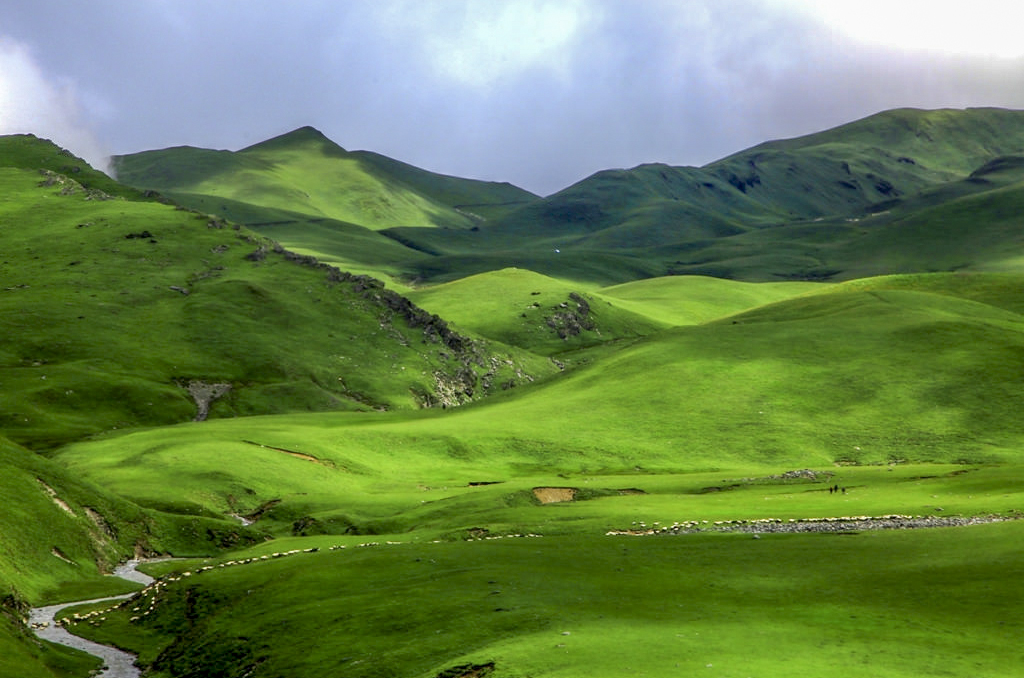 Badimalika is yet another major attraction of Khaptad National Park. Although Badimalika is a temple and is already popular amongst Hindu pilgrims, the newly explored trekking trails to Badimalika has heightened the popularity amongst trekkers as well.

Located at the top of the hillock at 4,200 meters, the trek to Badimalika is through the grasslands and open green meadows spread over gentle terrain cut by small streams in an evergreen alpine forest. The temple gets flooded during the annual festival of Ganga Dashahra in the full month of August. Thousands of pilgrims from Nepal and India make their way towards the temple to offer their reverence.

Saileswori Temple is a famous stop on the way to Khaptad National Park and acts as its major attraction. The temple is also known as Shila (stone) Devi (Goddess) temple amongst locals.

As per the legend, Goddess Parvati was frolicking with Lord Shiva, and when other deities caught the sight, Parvati turned into stone because of shame. While some legends suggest, the temple was established by Five Pandavas.

Kartik Purnima is the major occasion of the temple when hundreds of pilgrims visit the temple. Saileswori temple is also worshipped in the form of Ardhanarishwor.

Tribeni, Sajhghat, Sahashralinga, Mai Than, Buki Daha, and Kedardhunga are other popular religios sites within and in the vicinity of Khaptad National Park.

Ramaroshan plays as the main attraction of the Khaptad National Park, which comprises 12 lakes and 18 flatlands ranging from 2,050 meters to 3,792 meters. The site lies in the Accham district and to fully explore the area; you will require at least three days. The flatlands and lands are perfect for a nature walk, sightseeing, and bird watching.

Regarding the name of the place, the legend suggests that Lord Rama used to visit a place called Roshan, which was naturally enticing and serene, thus the name formed as Ramaroshan. In the present, there are two flatlands named Rama and Roshan.

Although Ramaroshan is known for the lakes and flatlands, the delightfull forest, terraced hill slopes with lush green landscape also captivate the visitors. The view of lakes covered by various wildflowers and wild animals grazing peacefully in the grassland is way too spellbinding.

There is also a good chance of spotting wildlife in Ramaroshan, like bears, tiger, musk deer, wild cat and so on; birds including pheasant and Himalayan monal can be sighted too. 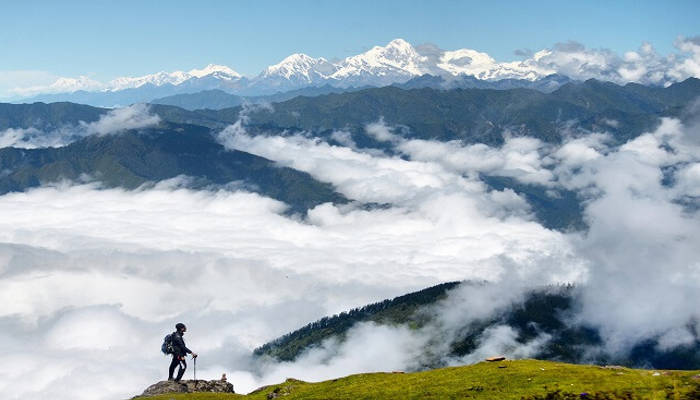 To walk along the vast and mesmerizing land of Khaptad National Park has sparked interest amongst trekkers in Nepal.

Keeping aside the striking natural beauty of the park, situated in far-west, the cultural array is equally interesting part. Dance and songs are a major part of the far-west culture. Traditional dances and songs like Deuda, Bhada, Baira song, Jagar, Jhora Chapeli, Chhaliya, and Rang (Sauka) are the highlights of far-west culture.

It is ultimately the perfect blend of nature and culture in the least explored part of Nepal that makes Khaptad National Park trek, unlike any other.

Kathmandu to Khaptad distance is of 448 kilometers. You can start the journey to Khaptad National Park taking a bus ride from Kathmandu. Silgarhi Bazaar is the gateway towards Khaptad, which is 50 km away from the park and takes around the two-day trek.

And, Silgarhi Bazaar is 9-hour drive from Attariya Chowk (Kailali District). You can easily catch the bus from Gongabu, Kathmandu.

Or, you can opt for taking a flight to Dhangadai and with a drive to Bajhang, you can start the trek. Bajhang is the typical point for starting the trek, and from Bajhang to Khaptad National Park, it is the matter of one day trek.

About the week-long trek of Khaptad National Park is an exquisite experience for trekkers who are looking for an equally adventurous journey but only in a more peaceful trail.